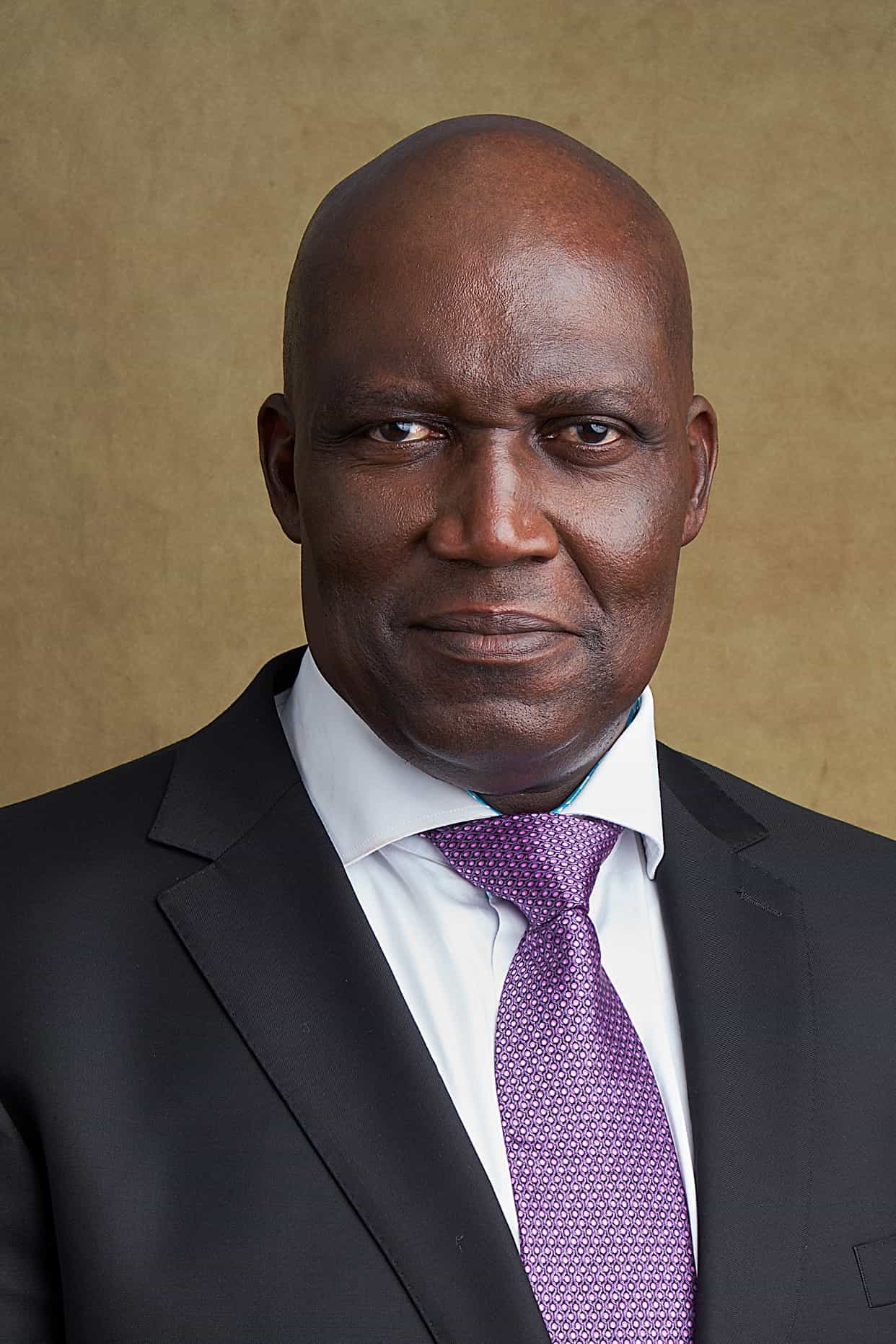 Kenneth Kwamina Thompson is the Chief Executive Officer of Dalex Finance and a Fellow of the Institute of Chartered Accountants in England and Wales. In 2016, Mr. Thompson was declared Businessman of the Year and Dalex Finance, Business of the Year by the Ghana Economic Forum. Kenneth Thompson graduated from the University of Ghana Business School. He trained with UHY Hacker Young, a top 10 firm of Chartered Accountants in the United Kingdom. Mr. Thompson is a thought leader on business and economic matters.He currently serves as a director on the boards of Gridco, Unique Insurance, Reliance Personnel Services and RPS Engineering Services.

A Software Consultant in the banking industry. Passionate about using technology to solve problems.. 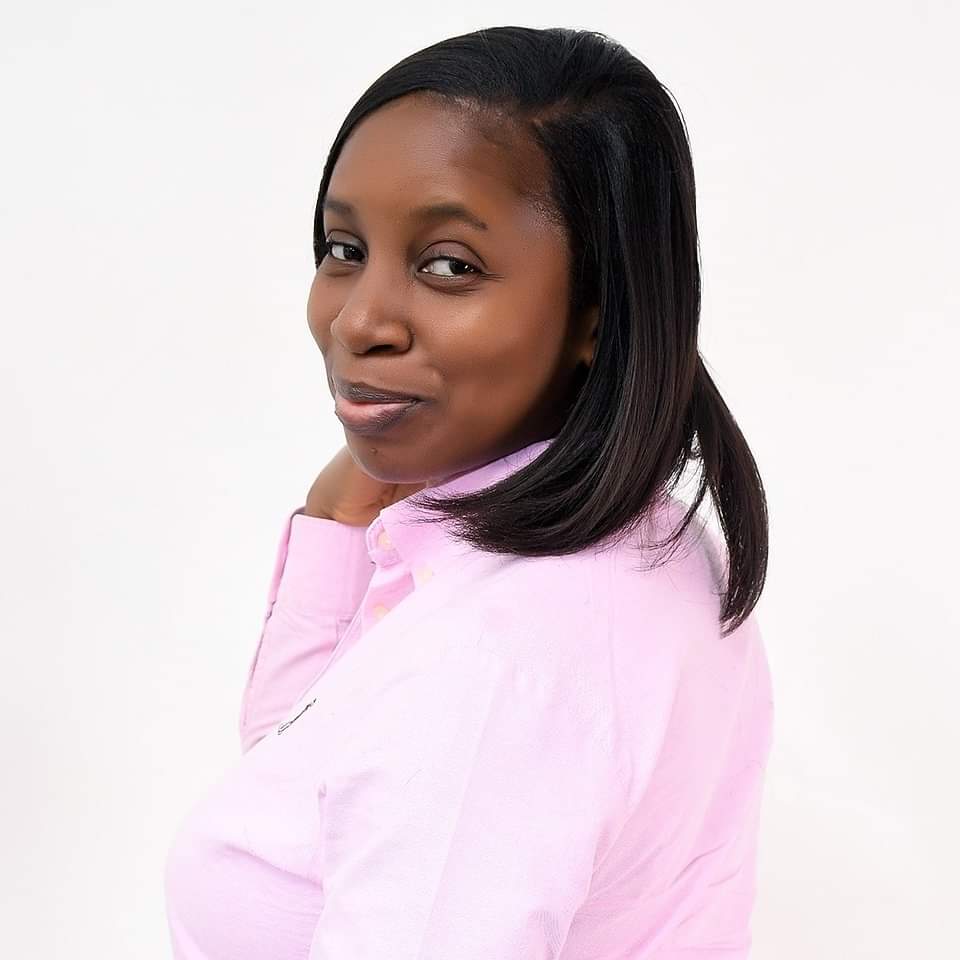 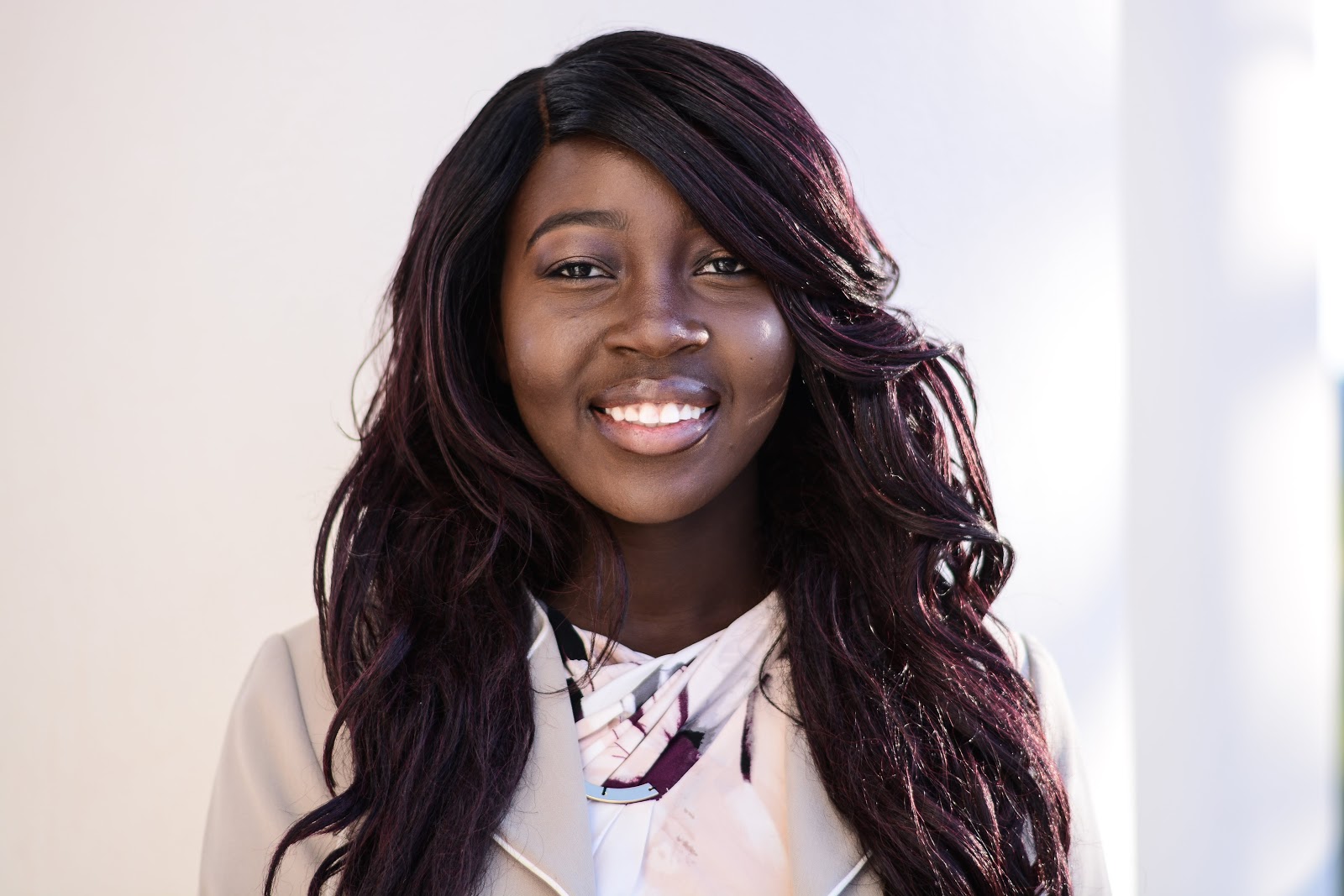 Diana Wilson is a vibrant, articulate, and highly successful 25-year-old social entrepreneur, marketing strategist at Google, professional development coach, activist and global speaker. She was recognized as the 'Next Black Female Mark Zuckerberg' via Face2Face Africa. She has gone viral for her achievements via MTV and LinkedIn. In 2018, Diana created Yielding Accomplished African Women (Yaa W.). Yielding Accomplished African Women is Africa’s premier nonprofit committed to digitizing and developing Africa’s best talent with a focus on women. Their ecosystem is the largest community of African female leaders in finance, machine learning/AI and software engineering. Her mission is to create a pipeline that will empower African women to develop a gender specific professional toolkit that will advance their careers in business or technology. Under Diana’s leadership, Yaa W has trained 800+ young African women and have a ~6k media following. She has solidified partnerships with companies such as Google, Bank of America, MTN, Chartered Financial Institute (CFI), Educative.io, etc. As well as raise over $315k in sponsorships. Her goal is to reach 30,000 women by 2030. 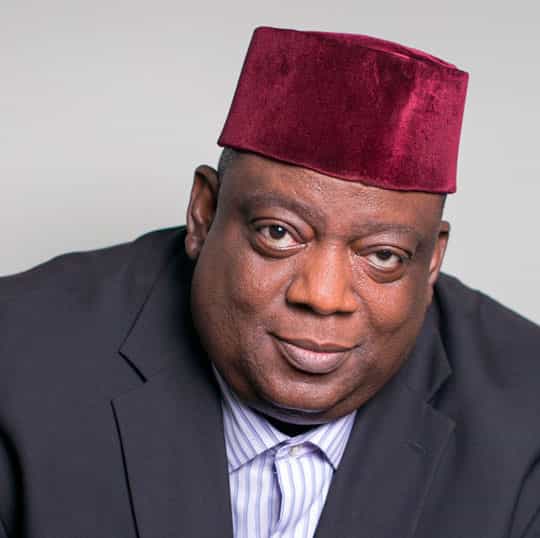 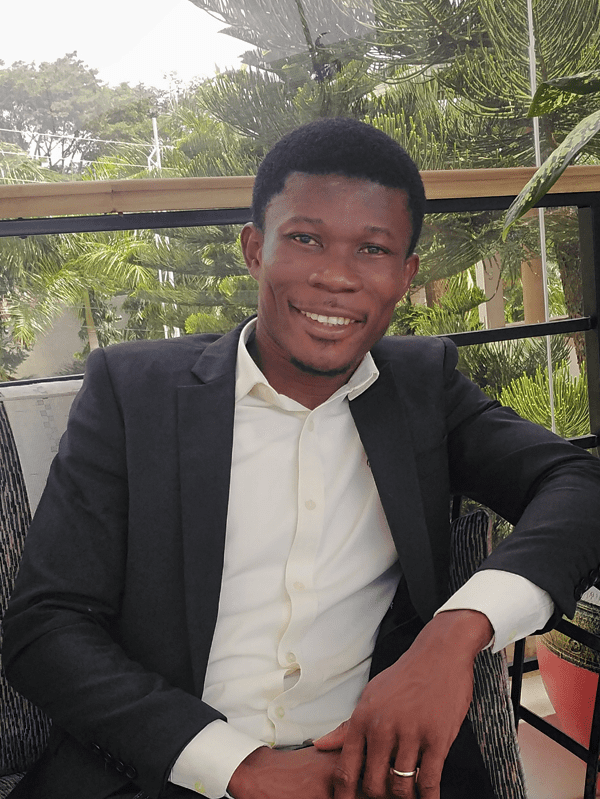 Michael Wilson is a Research Technologist and Head of the Electronics Division at the CSIR-Institute for Scientific and Technological Information. Prior to this, he was an Assistant Lecturer and a Software Developer at the Kofi Annan ICT Center. Ing. Wilson holds a BSc and MPhil both in Computer Engineering from KNUST, Ghana and a PGDip. in Wireless and Mobile Computing from CDAC, India. His philosophy has always been “DRINK DEEP OR TASTE NOT” and believes that any small group of thoughtful, committed individuals can change the world.

Passionate about people & technology. With a plethora of experience managing both people and technology in several tech ecosystems. Mr. Awotwi is currently a Technical Officer with the Communications Division of CSIR-INSTI. 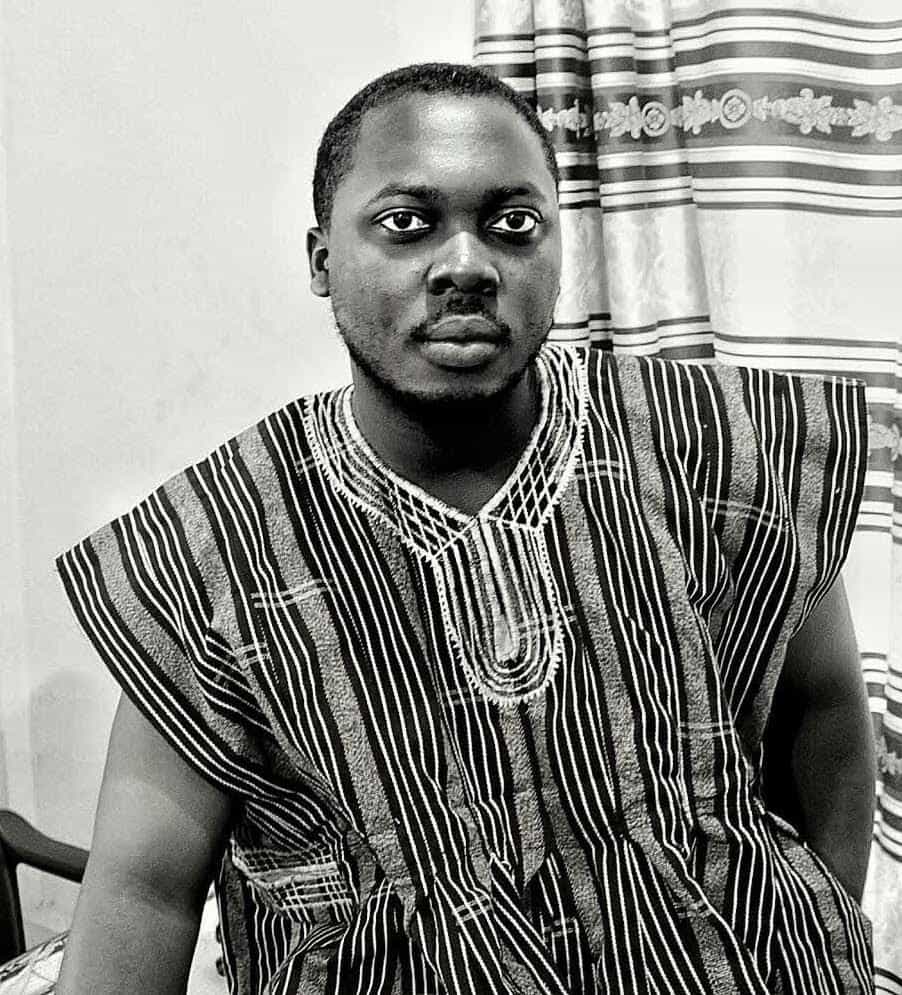 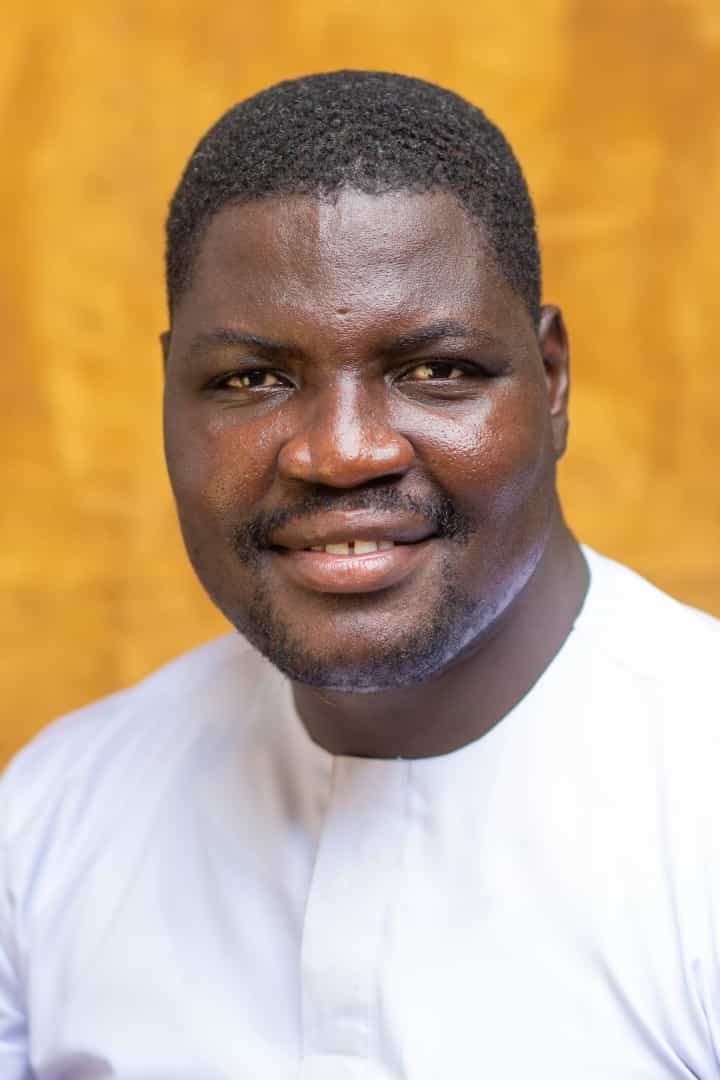 Bernard Yaw Ashiadey, with a decade of experience in writing and journalism, is the News Editor and acting Deputy Editor at the Business and Financial Times (B&FT), Ghana and Africa’s leading provider of business information. A product of the country’s premier journalism training school – Ghana Institute of Journalism (GIJ), where he graduated in 2012 with a Bachelor of Arts in Communication Studies with specialisation in Journalism, he has also graduated with a Master Degree in Development Communication at the same institute. Apart from writing for the B&FT, on a daily basis, Bernard also contributes regularly to other publications, especially magazines in the country and across the continent including the Vaultz Magazine, and Business Times Magazine.

Dr. George Owusu Essegbey is a Chief Research Scientist who has worked in Science, Technology and Innovation (STI) policy research for several years in the broad sectors of agriculture, industry, environment and across key thematic areas such as innovation studies, sustainable development, biodiversity conservation and capacity building. He is an STI policy analyst and was the Director of the Science and Technology Policy Research Institute (STEPRI) of the Council for Scientific and Industrial Research (CSIR) of Ghana for more than 10 years until April 2018. He has served various national and international organizations with his expertise including UNESCO, UNCTAD, UNEP, AU, EU, FAO, IFPRI and the World Bank. 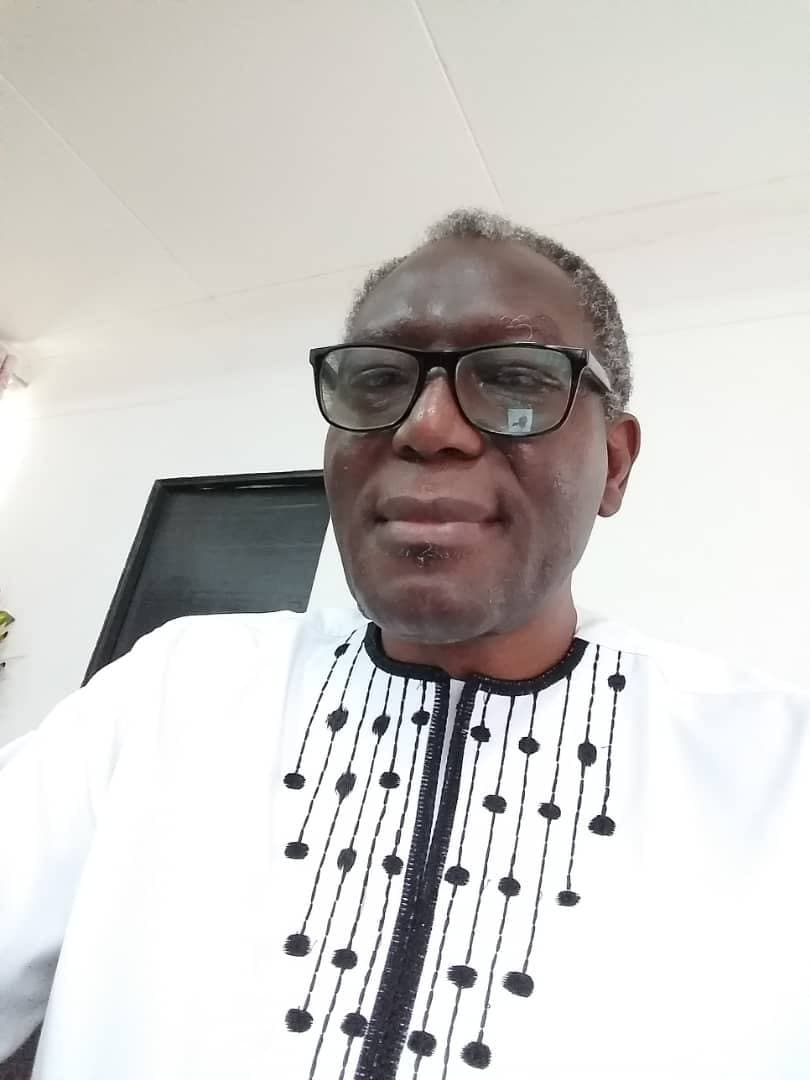 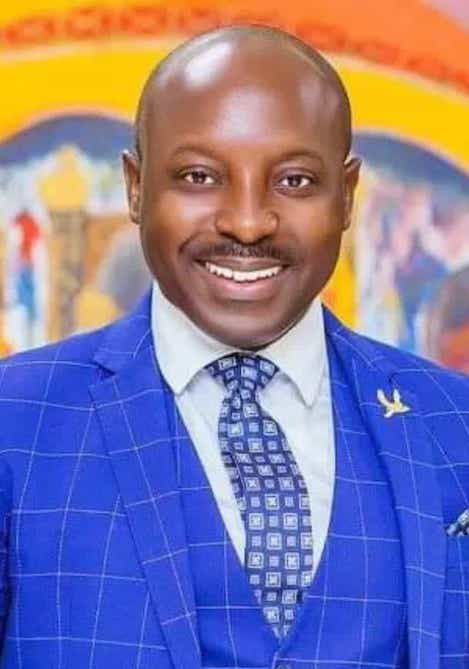 Regina Honu is the CEO of Soronko Academy, a leading technology, coding and digital skills development center in Africa, pioneering the way for young people especially women and girls to realize their economic potential equipping them with the technical and soft skills they need to attain dignified, fulfilling jobs and overcome the gender gap in technology. The academy which is the first coding and human centered design academy in West Africa has trained over 16,000 women & girls and has expanded to train boys, men and children with disabilities. Soronko Academy won the Most Impactful Initiative at the Women in Tech Global Awards for 2020. She was awarded the 2018 AFS Active Global Citizen Award​ for her contributions to global competence education and a winner of the Challenging Norms, Powering Economies initiative by Ashoka,UN Women and Open Society Foundations for work to challenge gender norms in women’s economic empowerment. She has also been ranked one of the top young 50 CEO's in Ghana and Technical and Vocational Education and Training (TVET) role Model by the Ministry of Education (MOE) through the Council for Technical and Vocational Education and Training (COTVET) She is an ambassador and mentor for thecamp, a European campus dedicated to emerging technology and social innovation. She is listed as one of BBC 100 most inspirational and innovative women for 2017. She was awarded the 2017 Northwestern University Buffet Institute for Emerging Global Leaders Award and awarded the Coca Cola young achievers award as a leader in technology. She was also unveiled as the 2016 Vlisco Brand Ambassador. She was featured on CNN as one the 12 inspirational women who rock STEM. She is named as one of the six women making an impact in Tech in Africa and one of 10 female entrepreneurs to watch in emerging economies. She is an Ashoka Fellow,Aspen Institute New Voices Fellow, GOOD Fellow, Global Shaper of the World Economic Forum and a Vital Voices Fellow. She is currently partnering with Mastercard Foundation as part of Young Africa Works to ensure that 2.1 million Ghanaian women connect to dignified and fulfilling work and is a (Technical and Vocational Education and Training) Role Model. 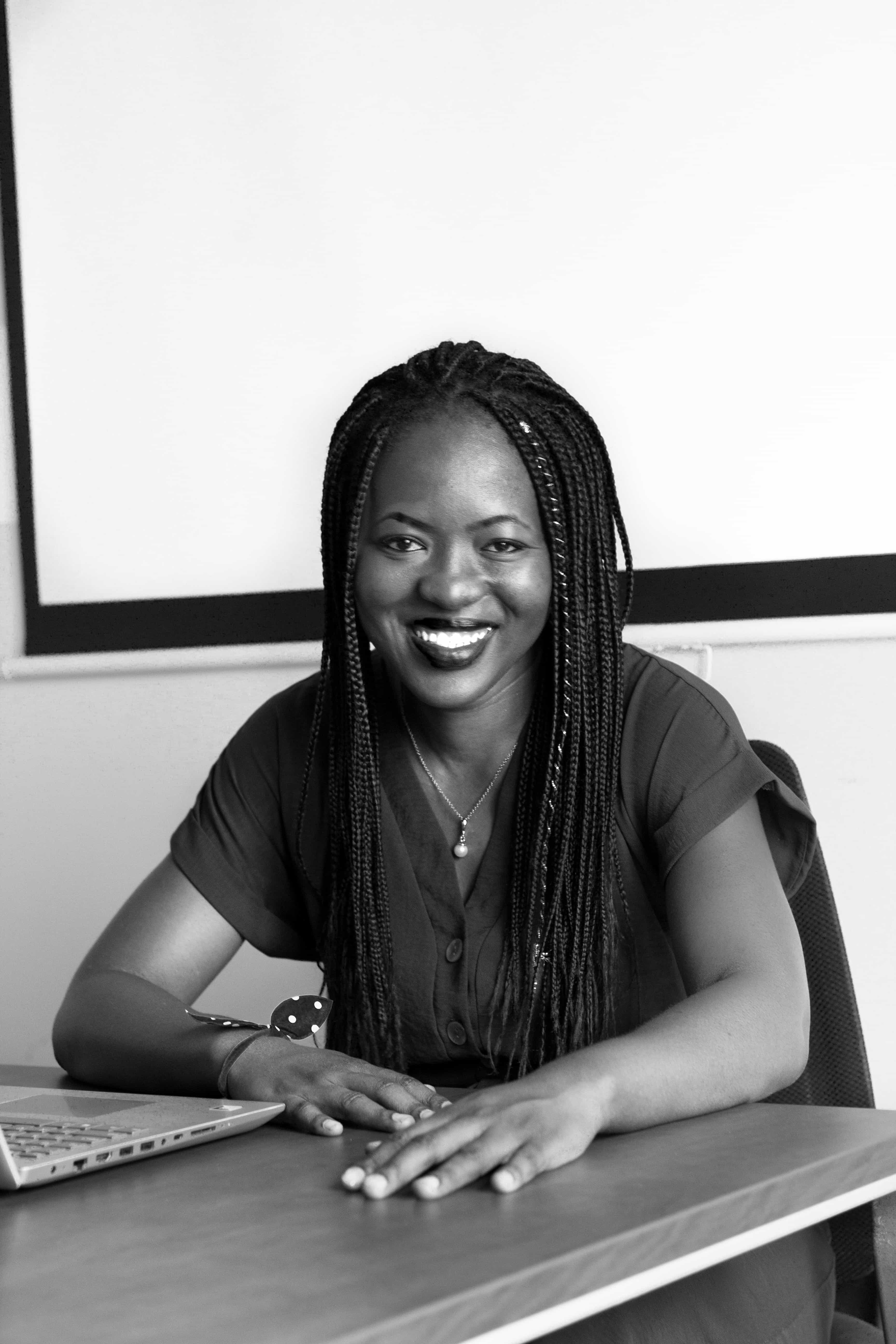 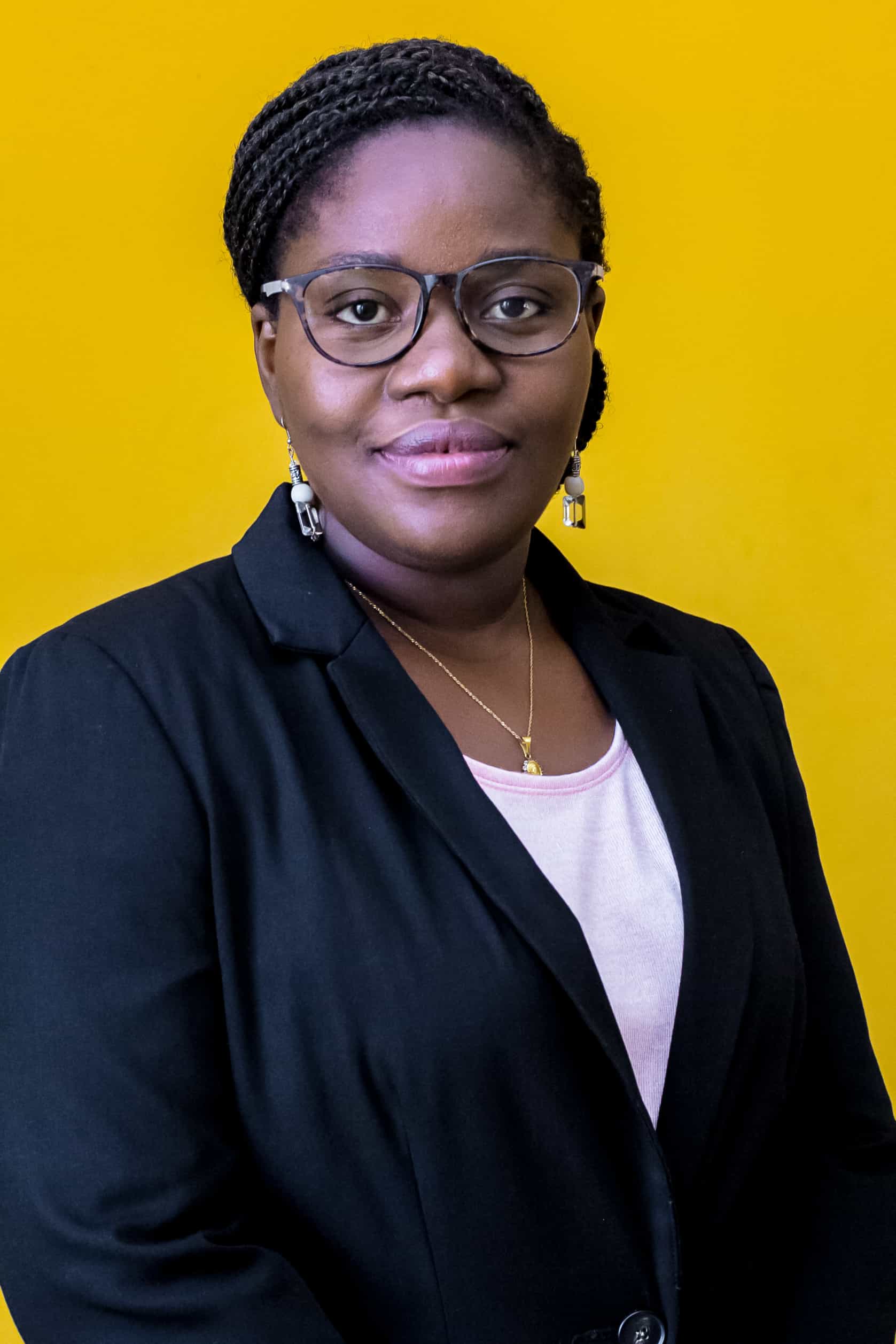 The surest way to mastery is constant practice and direction. Boosting people up to achieve their desired level of mastery is ardent to my life’s work. Empowering young women and men in and out of college through access to career enhancing information, community, tools, learning opportunities and subsequent employment provides me with enormous fulfilment. Founding Kraado, (a gamified skills validation program for college graduates and students) and leading the product development effort has massively advanced my interest in solving problems to deliver useful solutions for our growing technology enabled market. I am a project management professional and an entrepreneur exploring the combined force of utilising People, Product and Technology to deliver scalable solutions toward, quality education, decent work and economic growth for the African youth. Reach out if you want to talk about products, startups, emerging tech or communities. Fun Fact: I love making photos of high-rise buildings, nature, and organising photowalks. View some of my work at unsplash.com/@kafuiday

Derrick Crentsil has over 6 years of experience in Digital Marketing and Marketing Communications. He has experience in Digital Strategy, Content Creation, Campaign Management, Paid Media Strategy and Training. He has offered Digital Marketing Consultancy services to various organisations including the International Trade Centre, Allied Ghana, AgroMinds Africa Challenge, L&D Africa Conference and Rainbow Consult. He was responsible for managing the digital marketing activities of Access Bank Ghana Plc from 2015 to 2018. During this period, the bank was ranked as the Most Influential Bank on Social Media in Ghana for three (3) consecutive years. This achievement was a testament to Derrick’s Digital Marketing capabilities and his understanding of the digital sphere in Ghana. Derrick was the Lead Consultant for a Digital Transformation Mentoring Programme organized by the International Trade Centre for Women-Owned Businesses under the SheTrades Programme in Ghana. He is the brain behind ‘The Waakye Summit’, one of the biggest food festivals in Ghana. The last edition of the event in December 2019, was an official event on the Year of Return Ghana 2019 Calendar. This event was birthed out of his desire to bring together, in person, his following on his social media blog, Waakye Radar (@Waakye_Radar). He has used Waakye Radar to demonstrate the power that social media possesses as a medium for marketing and promoting an agenda or idea. He holds a BSc in Computer Science from Ashesi University College. 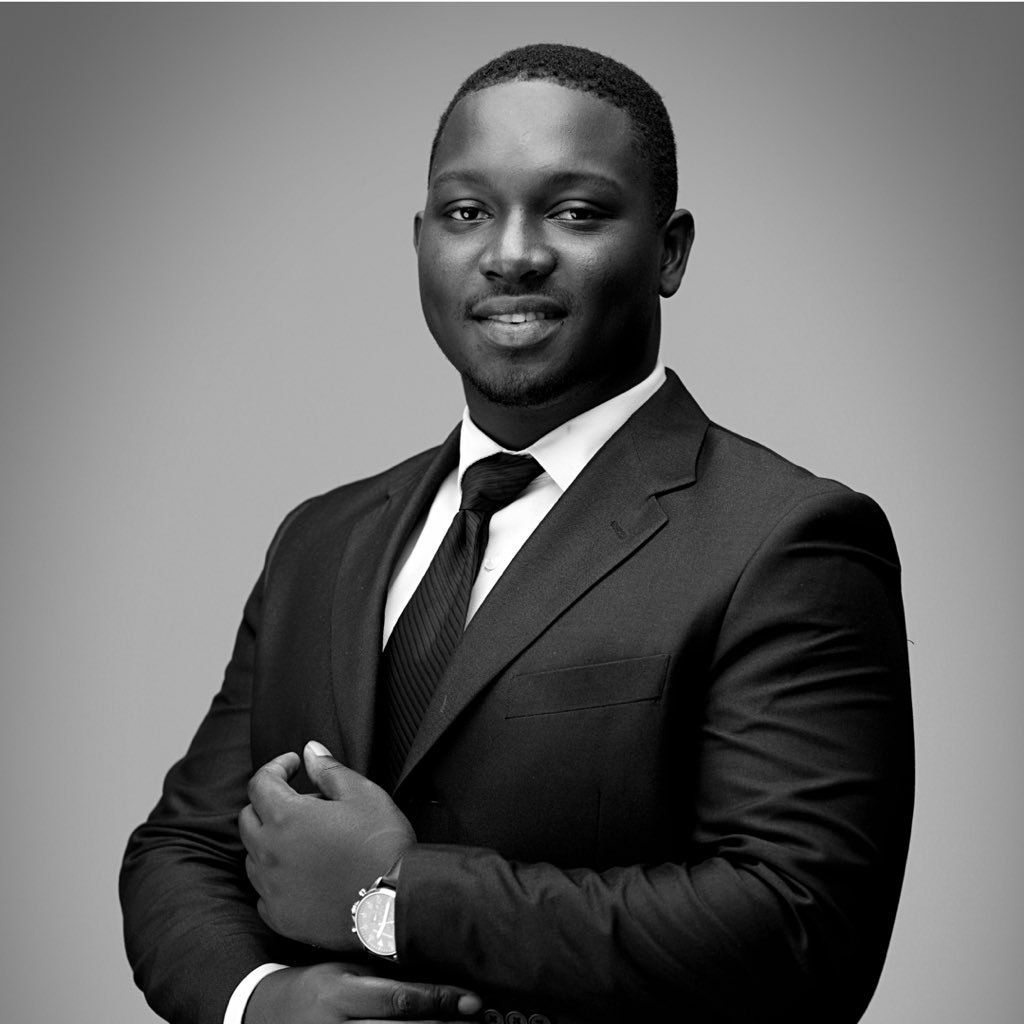 Meet the Board Members 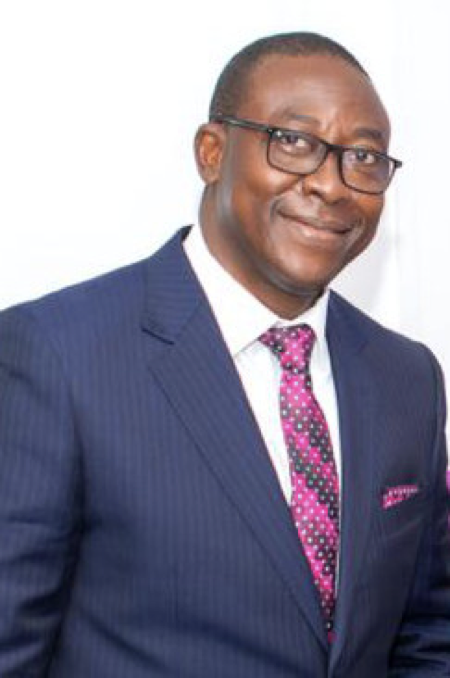 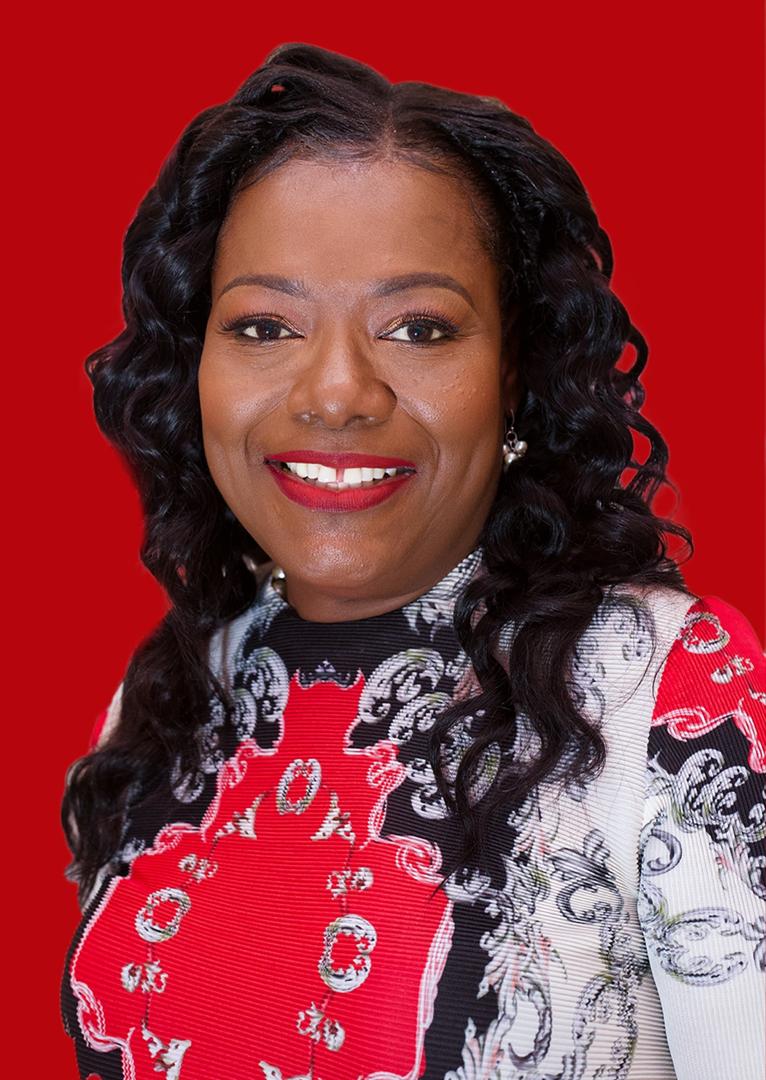 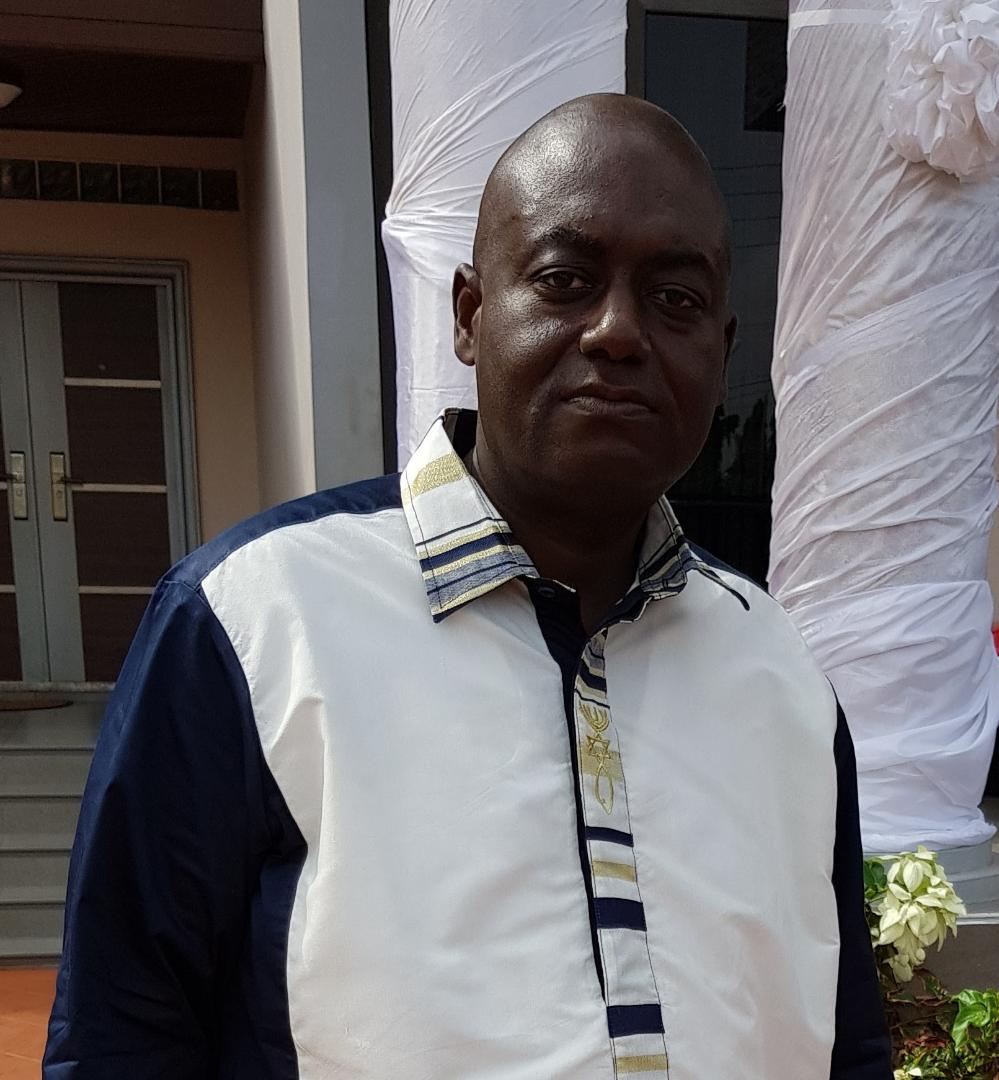 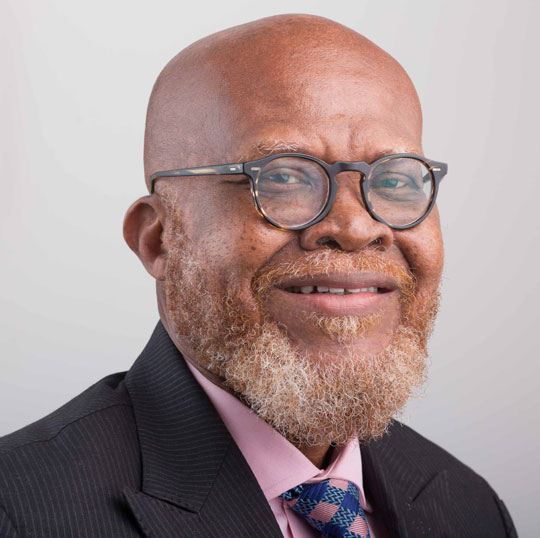